Some of them go through pregnancies and some of them lose a huge amount of weight. Many of these people choose to get a tummy tuck, or abdominoplasty, done to remove excess skin or fat from their abdomen and make their stomachs flatter.

Some of these celebrities have been open about their procedures while some have not openly confessed. Here are some celebrities who either have gone under the knife or have been rumoured to have done so.

The actress, film producer and model has been rumoured to have gotten a tummy tuck after giving birth to her twins in 2008. The rumour came about when people started getting suspicious of how quickly she reverted to her pre-pregnancy form, especially since she grew rather wide during her pregnancy. 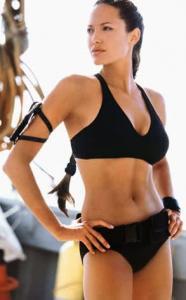 The reality star revealed going under the knife after giving birth to her six children in 2004. She was offered the treatment for free by Dr. Lawrence Glassman. The surgery restored her stomach significantly as it was wrinkly and saggy after her pregnancy. 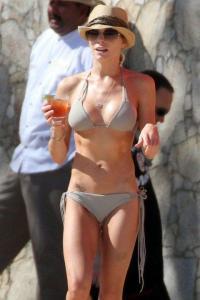 The model, actress and designer had a tummy tuck done as corrective surgery. In 2004, she had a breast augmentation done but it went horribly wrong. She was left with deformed nipples and rippled skin. Her stomach was a bulge and she had a hernia next to her belly button. 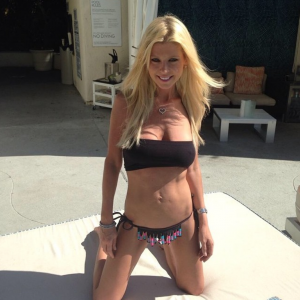 Kim is a social media mogul who is a trendsetter at many things. Which is why it shouldn’t be a surprise that she is the first to champion non-surgical tummy tucks. In 2016, she snapchatted a video of herself at her skin tightening treatment in Beverly Hills with the celebrity doctor Dr. Simon Ourian. He then thanked her in an Instagram video with the hashtags ‘#Skintightening #nonsurgical #tummytuck’. 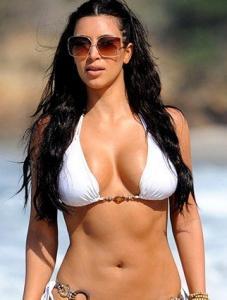 Star of the reality show The Real Housewives Of Atlanta revealed to E! News that she had gotten work done on her breasts and midriff. The tummy tuck was a correctional surgery to get rid of a hernia that came from having her twins in 2013. She went on to say that there was the possibility of getting more work done if she deemed it necessary. However, despite several rumours, she has never gotten her nose done. 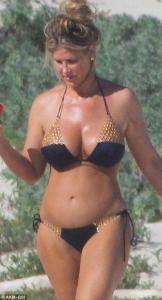 The superstar has been very open about the various procedures she had done over the years to maintain the svelte figure from her breakout days. Some of the procedures include liposuction, a breast augmentation and an abdominoplasty. 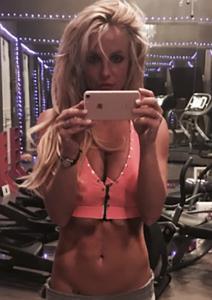 The well-known and loved actress is a breastfeeding mother of four who was rather bothered by the abdominal fat and stretch marks that were a result of her pregnancies. She revealed to going under the knife so as to tighten the muscles in her abdomen. 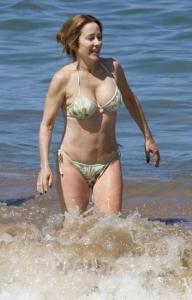 It seems to be the public’s’ opinion that the sister of fashion designer Gianni Versace is addicted to the idea of perfection and not the surgery itself. She has undergone several surgeries, both cosmetic and corrective. These procedures include lip augmentations, facelifts, cheek implants, tummy tucks, liposuction and a breast augmentation. 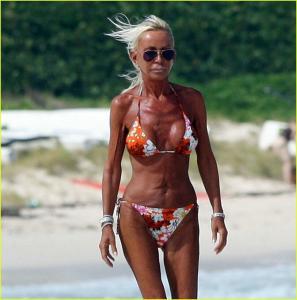 The supermodel has never shied from sharing her surgical procedures with the world. The 56-year old revealed she had extensive Botox treatments, a tummy tuck and breast augmentation.

She is known by the world as the Octomom. After having 8 of her children in 2009, her body immediately returned to its original form. She credits healthy, clean eating and a strict exercise regime but the world disagrees. In true detective style, the public noted the strange placement of her belly button in one of her pictures that showed her wearing a crop top. In 2016, she admitted to having gone under the knife for several procedures including a tummy tuck, silicone lip injections and breast augmentations. 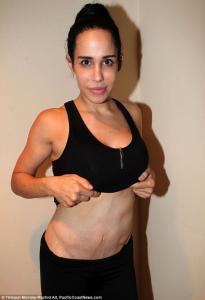 The talk show host lost 150 pounds over two and a half years as a result of a gastric bypass surgery that took place in 2003. She confirmed with In Touch that she had a breast lift done. Sadly, it ended with her being hospitalised due to complications. She also revealed she had undergone a tummy tuck to remove the excess skin from her abdomen. 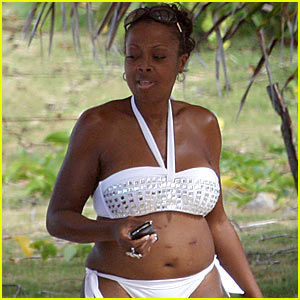 The model and actress had undergone several procedures in her lifetime including a breast augmentation and tummy tuck. Prior to her unfortunate passing, she was rumoured to have had surgery to repair a breast implant. 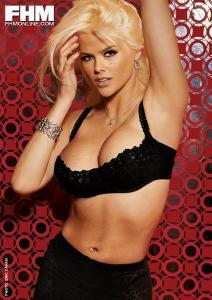 The actress and singer is a mother of four and has spent an estimated total of $15,000 on a breast lift and tummy tuck to get her body back to the way it was before her pregnancy.  She was open about the surgeries, going as far as to show pictures of the excess fat and skin that was removed from her body during her tummy tuck. 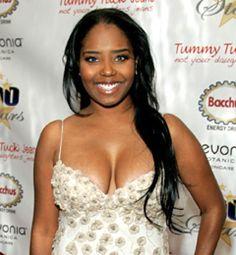